Intimate partner violence (IPV), often known as domestic violence, has recently gained notoriety as a widespread invisible crime. It is seen as invisible because it frequently wears a strong sense of shame and secrecy. A person’s current or former boyfriend, girlfriend, sexual partner, spouse, or domestic partner is considered to be an intimate partner. The early tension-building phase, the acute battering phase, and the honeymoon phase are three common patterns of behaviour that are connected with the dynamics of IPV. These cycles contribute to the denial, perplexity, and bewilderment that domestic abuse’s victims experience.

IPV is gaining notoriety as a public health emergency in the US. Does IPV have a preventable cause? If yes, what strategies have been proven to lessen this prevalent form of violence?

What are the different phases of IPV

One must be able to recognise IPV in order to comprehend how to prevent it. Lenore Walker, a psychologist, proposed three stages of domestic abuse in the late 1970s.

The development of domestic abuse is described in this stage. Fighting over money, children, jobs, or other issues may occur during this era. This is typically when verbal abuse starts. This “stress” eventually reaches a crescendo and gives way to the full-on phase of physical abuse.

The Serious Abuse Incident could be the second stage

The majority of the time, this phase is the outcome of an outside event (such as the loss of a job, a new pregnancy, or another external occurrence). The abuser’s emotional state, such as when they are impaired by drink or drugs, is another factor that could be at play. The trigger that angers the abuser is frequently unpredictably unexpected. Strangely enough, a victim could even desire the abuse to begin so they can let go of their stress and progress to the last stage.

The honeymoon phase is the third stage.

This stage of the abuse cycle serves to solidify the bond between the parties and persuade the victim that there is no justification for leaving. In this stage, the abuser expresses genuine regret, apologises, and makes an effort to be kind and supportive. A forceful apologies and a commitment not to hurt the person again are typically offered in response.

It’s critical to realise that intimate partner violence rarely happens suddenly. Intimate partner violence (IPV), which affects millions of Americans of all ages, is a severe public health issue that can be stopped, according to the Atlanta, Georgia-based Centers for Disease Control and Prevention (CDC). 1 It is a process that gets worse over time and steadily lowers the victim’s sense of worth, their hopes for a brighter future, and their conviction that they are deserving of better. IPV rarely happens in a single incident, and once it starts, it rarely ends.

What Are The Possible Violence Types

Many research organisations view IPV as a reproductive health issue in the United States due to the high prevalence of rape victims caused by it. In reality, IPV “disproportionately hurts women and has serious repercussions for their sexual and reproductive health and autonomy,” according to a recent Guttmacher Institute article.

The effects of IPV can differ greatly. However, a wide range of detrimental results for each spouse and their family members typically characterise the common repercussions. Economic instability, a variety of negative effects on mental health, physical issues, and harm to reproductive health and autonomy are all possible.

Typical Risks That Can Occur

The following high-risk factors are frequently connected to intimate partner violence, according to the CDC:

The CDC has also identified some high-risk indicators for IPV offenders. It’s interesting to see how similar the risk factors are for both perpetrators and victims.

Prevention Methods That Can Be Followed

The question of what can be done about IPV remains once the common characteristics of this type of violence have been recognised and its prevalence has been acknowledged.

According to the CDC, a number of interventions have been shown to be successful. These consist of:

The following are some possible advantages of IPV prevention programmes:

Violence against intimate partners has a wide range of effects and affects people of all ages. The cycle of domestic violence can be broken and the silence for those affected by it can be broken by someone who is aware of how frequently it occurs, the indicators, what puts people at risk, and how to stop it.

Healthcare is team situated in 2020 and known for its highly researched and data orientated driven articles.

we helped million of users by providing them best solution, so kindly support us with your unconditional love!! 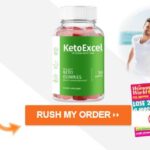 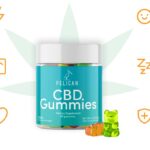